France (April 4, 2022) — LYNX Educate has been selected to the Top 20, the acclaimed list of finalists in The GSV Cup — the world’s largest pitch competition for EdTech startups at the 13th Annual ASU+GSV Summit. Companies selected to The Top 20 represent the top pre-seed and seed stage startups in digital learning across the “Pre-K to Gray” space. LYNX Educate will now compete for up to $1M in cash and prizes in San Diego this April at the ASU+GSV Summit, the annual education technology event hosted by Arizona State University and GSV Ventures.

LYNX Educate was selected from an initial applicant pool of 750+ global companies, which was further narrowed to The Elite 200 semifinalists. More than 175 judges from leading venture capital firms and strategic partners in digital learning like Accel, General Atlantic, Reach Capital, and Owl Ventures, among others, used rigorous criteria to determine the Top 20 most promising companies to compete on Stage X at ASU+GSV.

“GSV is so proud to recognize an epic group of global edtech founders as our final 20,” said Deborah Quazzo, Managing Partner of GSV Ventures and Co-founder of ASU+GSV Summit. “These companies have been rigorously evaluated by a judging panel exceeding 90 top venture investors. Congratulations to all!”

The GSV Cup is powered by Google Cloud, HubSpot for Startups, HolonIQ, and GSV Ventures.

See LYNX Educate and the rest of the companies selected to the GSV Cup at https://www.asugsvsummit.com/gsv-cup-elite-200 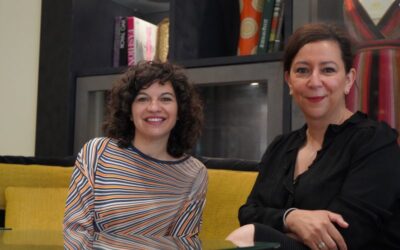 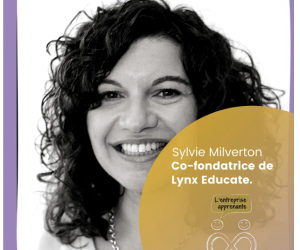 Sylvie Milverton on the podcast “The Learning Enterprise” (in French)

During a press conference, the two founders of Lynx Educate revealed the results of a survey carried out... 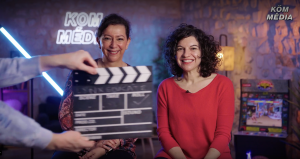